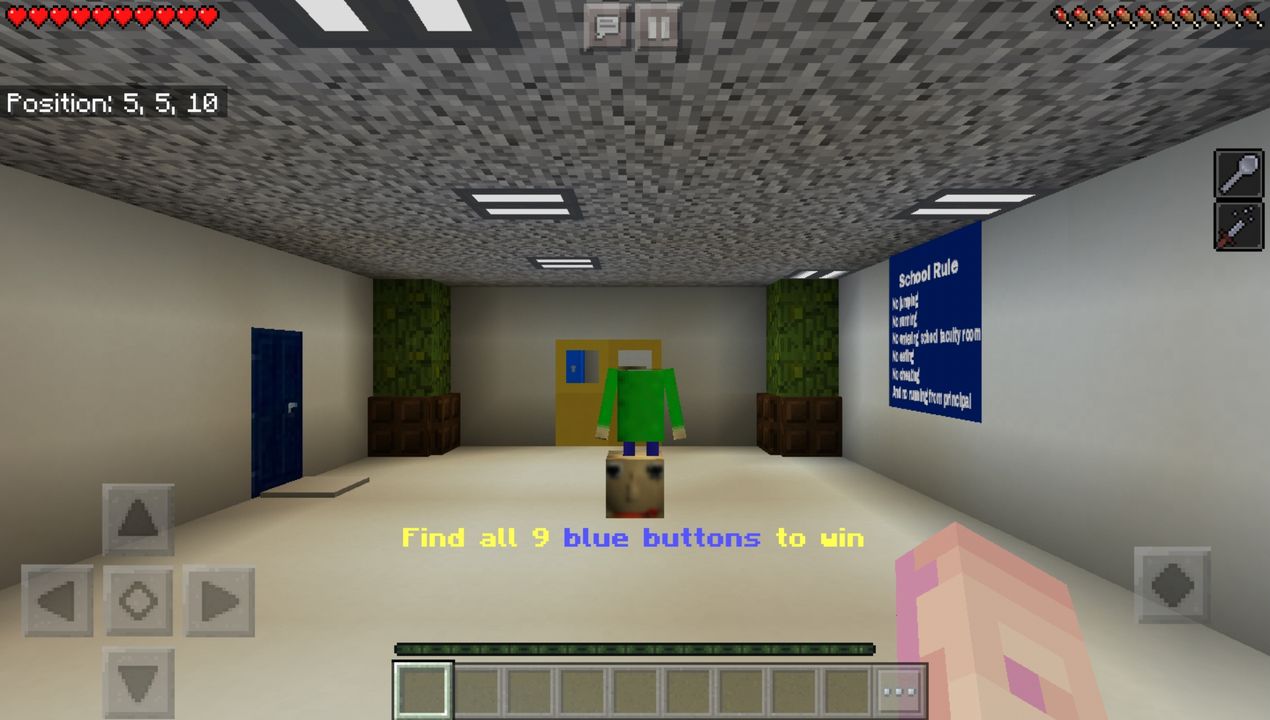 If you are familiar with the Baldi’s games, you should have no difficulty while playing on this map. Your mission is pretty simple: search for the secret buttons to complete the challenge. The map comes with a custom resource pack featuring custom-built textures. Pay attention that the map works only for version 1.6 and later. It is recommended to set the render distance, at least, on 8, otherwise, some bugs may occur during the game.

Storyline
Your best friend forgot all his workbooks at school, but he has neither time nor desire to return and get them. You cannot let your friend be punished by a strict teacher, so you decide to go to school and bring all these workbooks instead of him. However, the task is not as easy as you previously thought because Mr. Baldi will do everything to disrupt your attempts to get the notebooks. Avoid Baldi – he is very dangerous when someone is in his way! 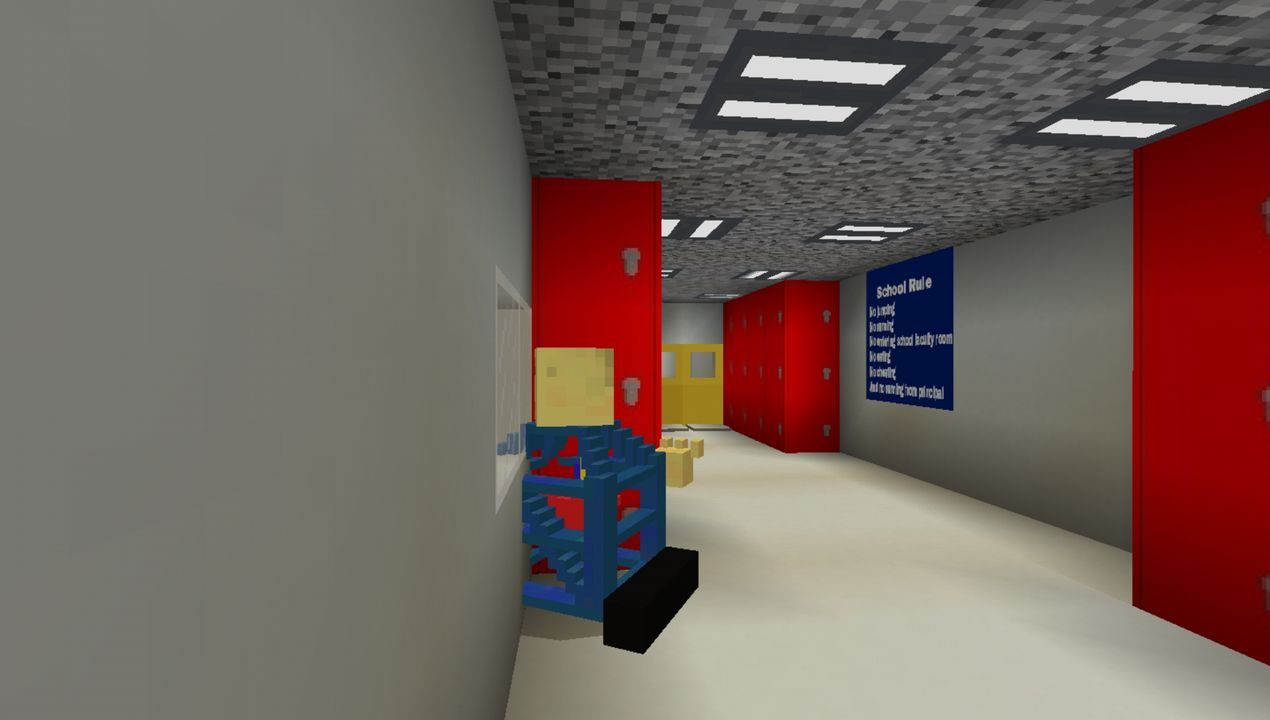 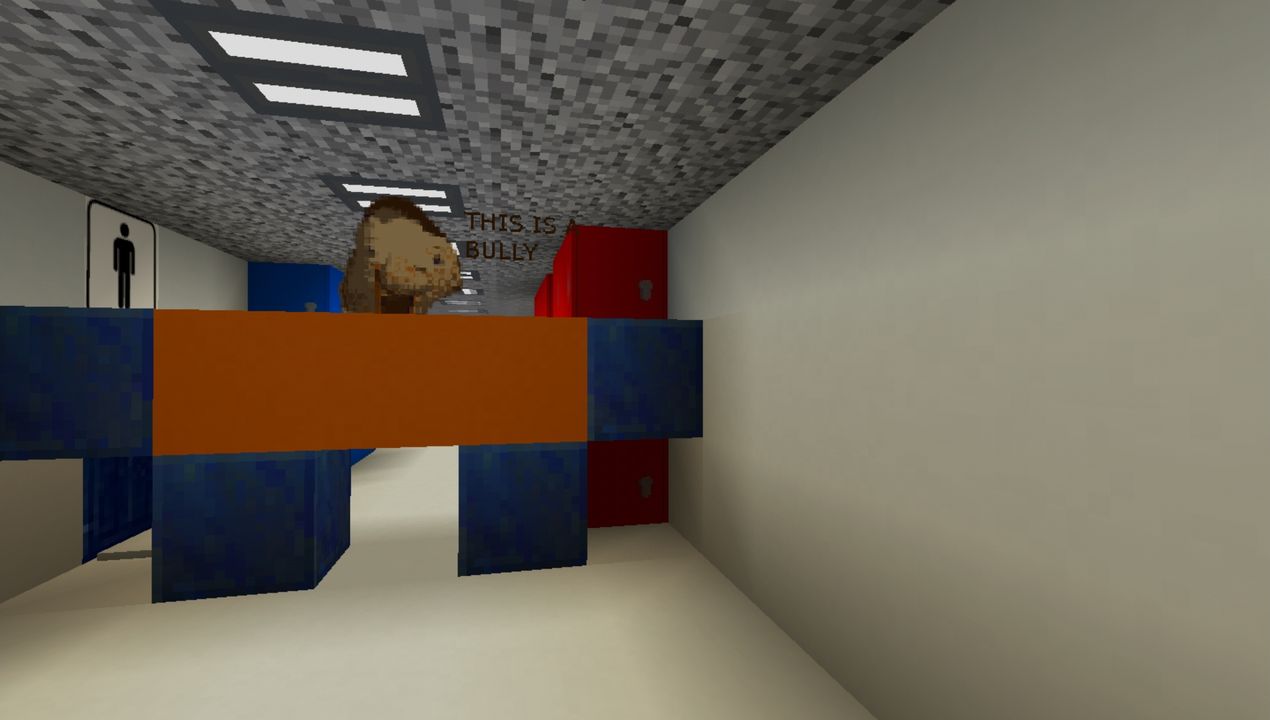 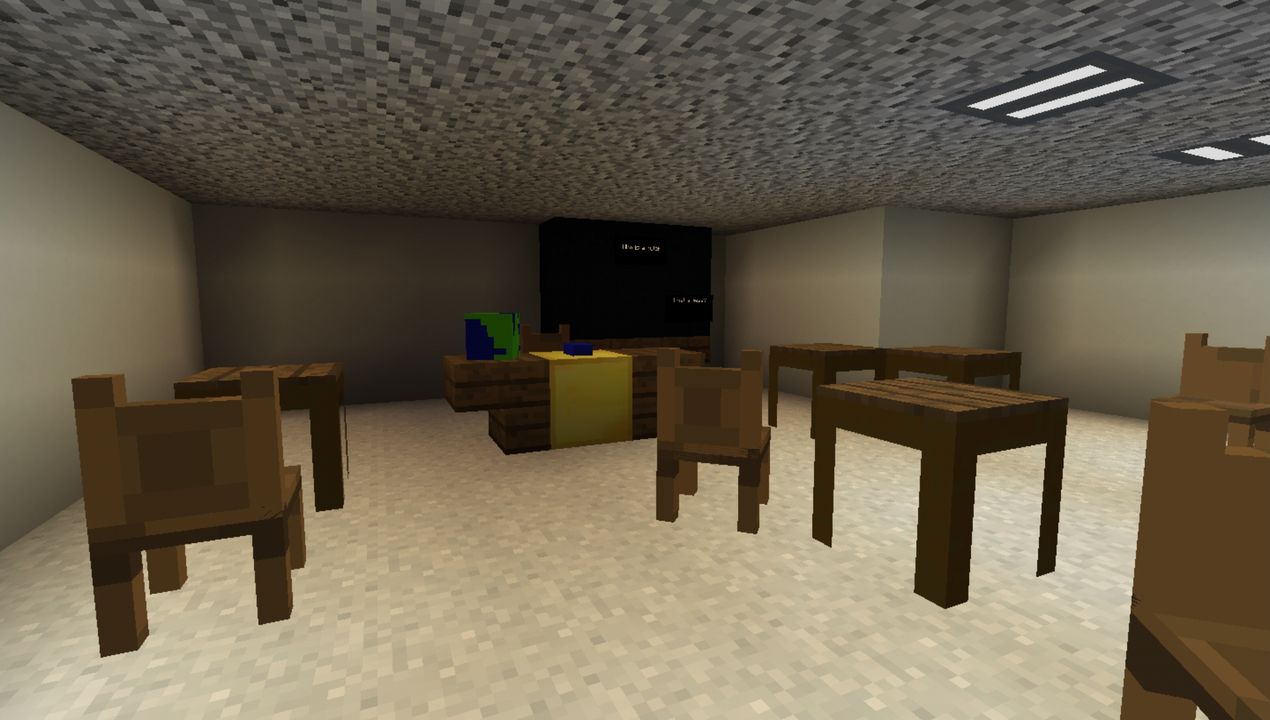 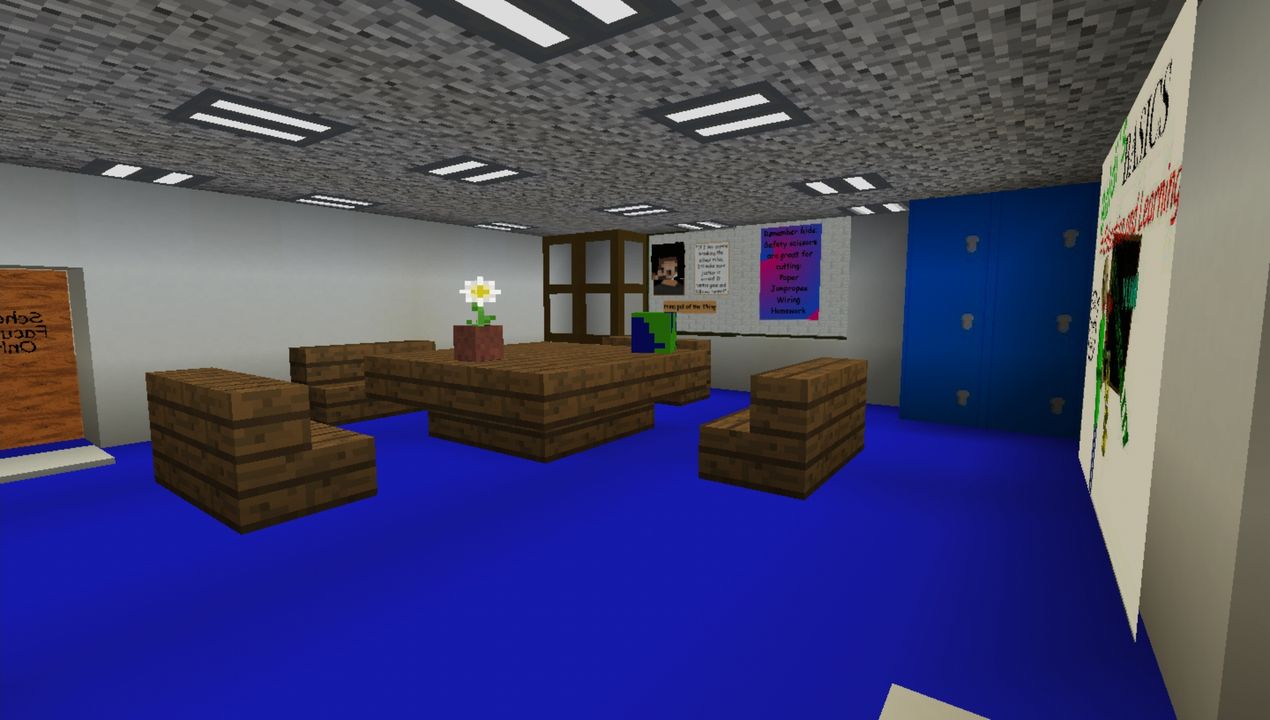