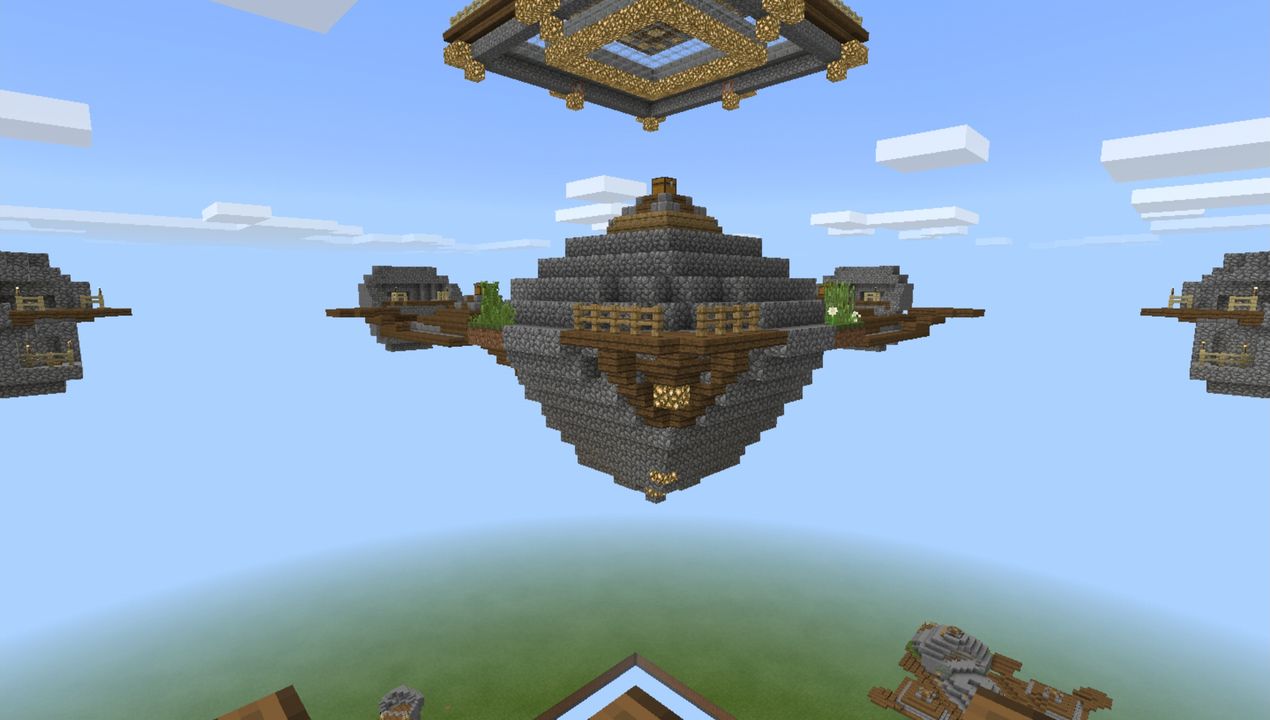 A multiplayer map called SkyWars consists of SkyBlock with PvP. The map features several islands where players will spawn (every player appears on a different island). Players need to find whatever resources and use them against opponents to remain the last player alive. The gameplay area is suitable only for 8 tiny islands and one main island (it contains much more valuable treasures compared to others). Try to get to the main island first, grab all items, and gain an edge over enemies!
How to play?
Every player spawns on their individual island. There is a chest with useful stuff on every island. The ultimate goal is to kill all rivals and remain the last player alive. You will also have to pull your way to the main island and steal all loot from the chests here while not letting other players do the same. 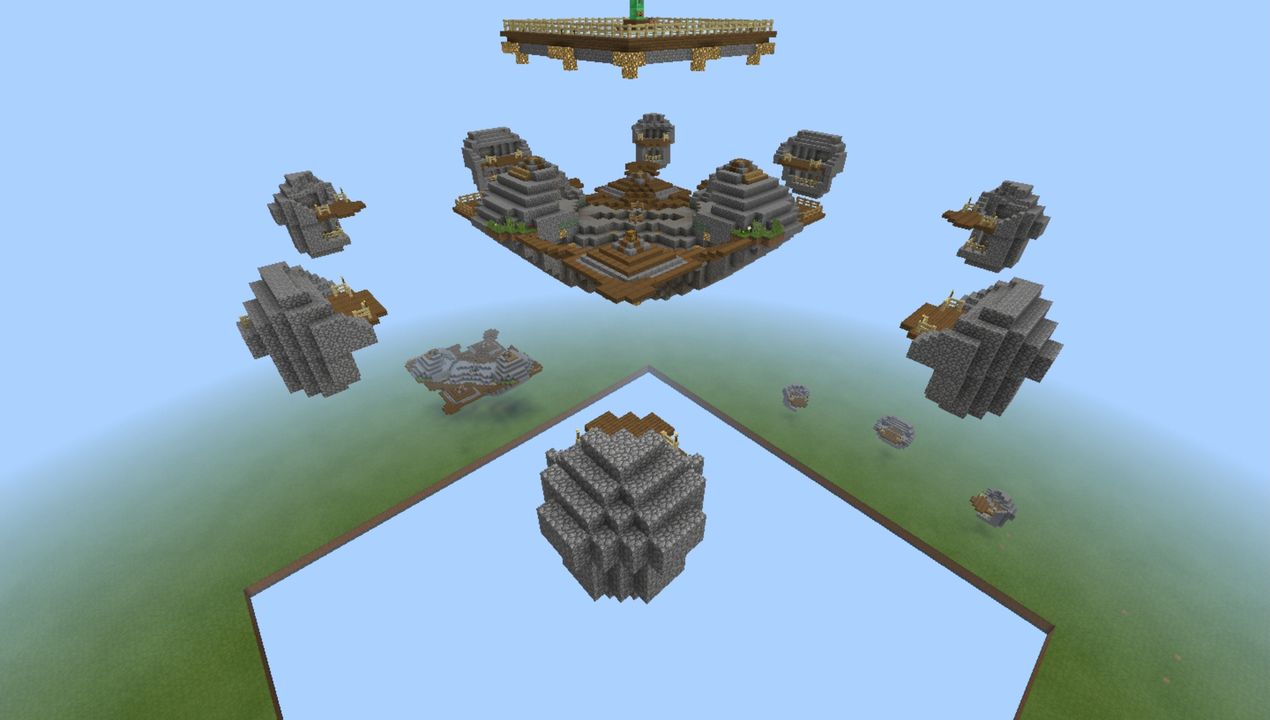 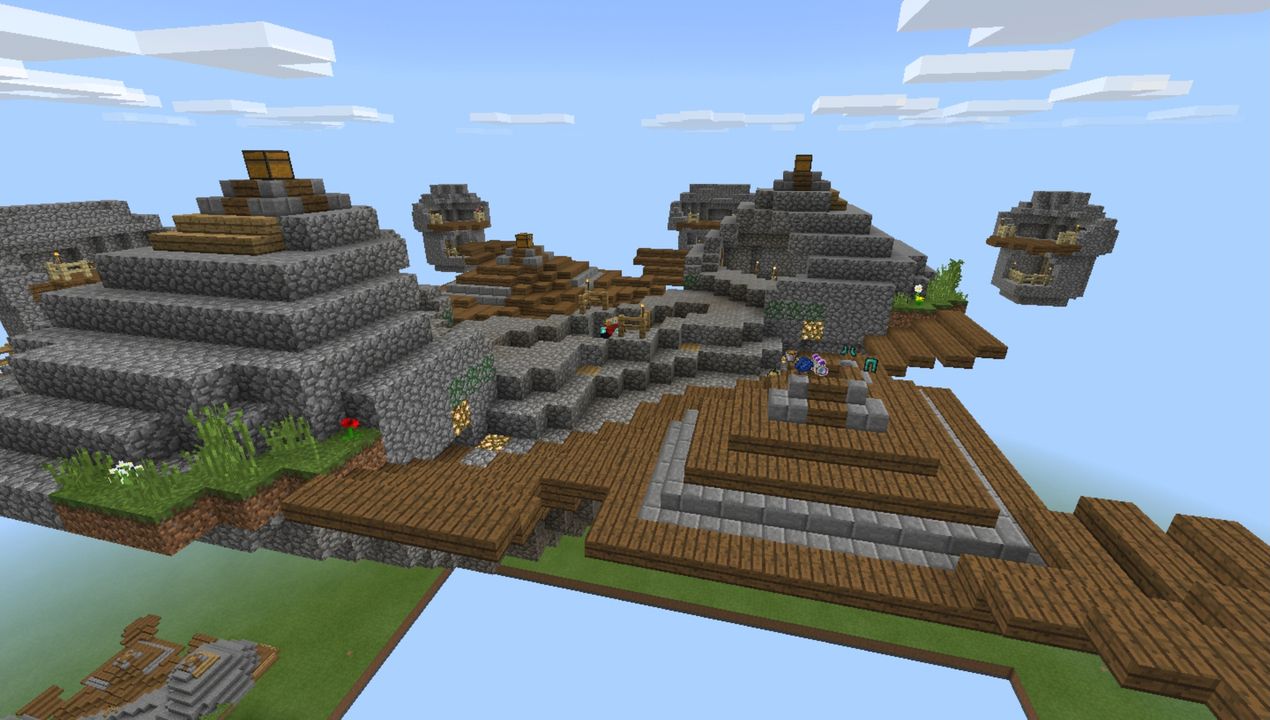 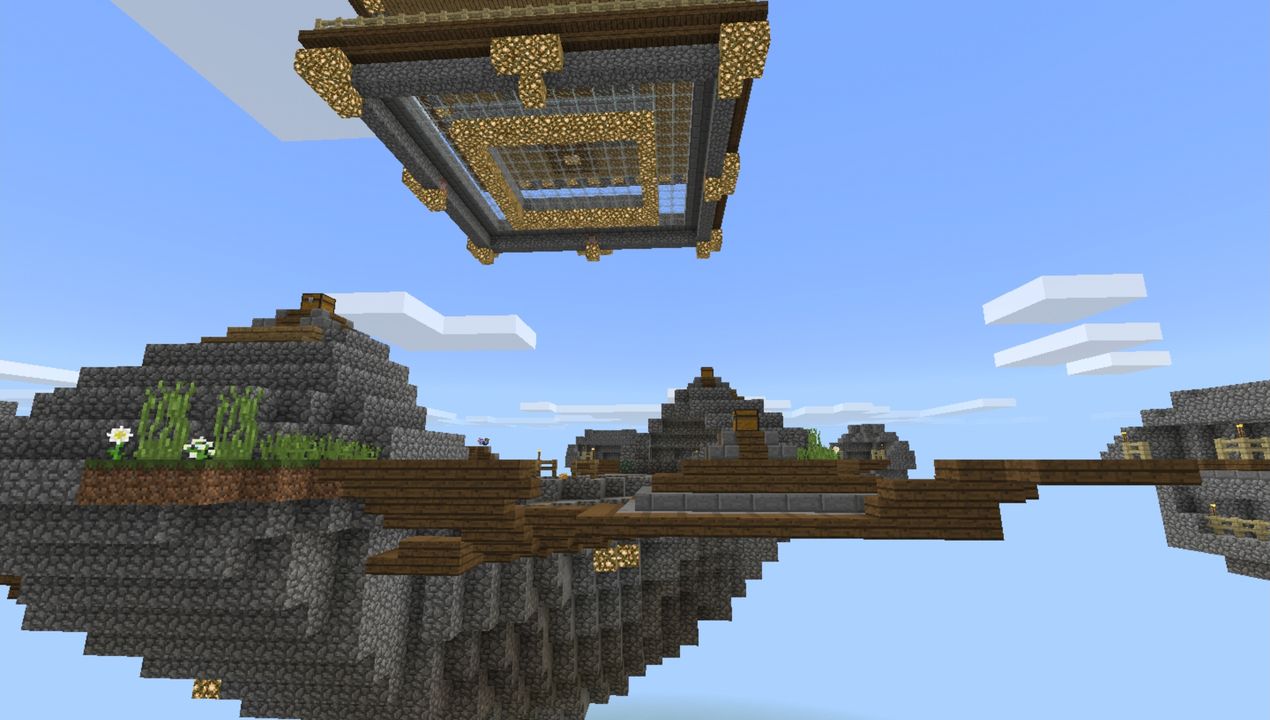 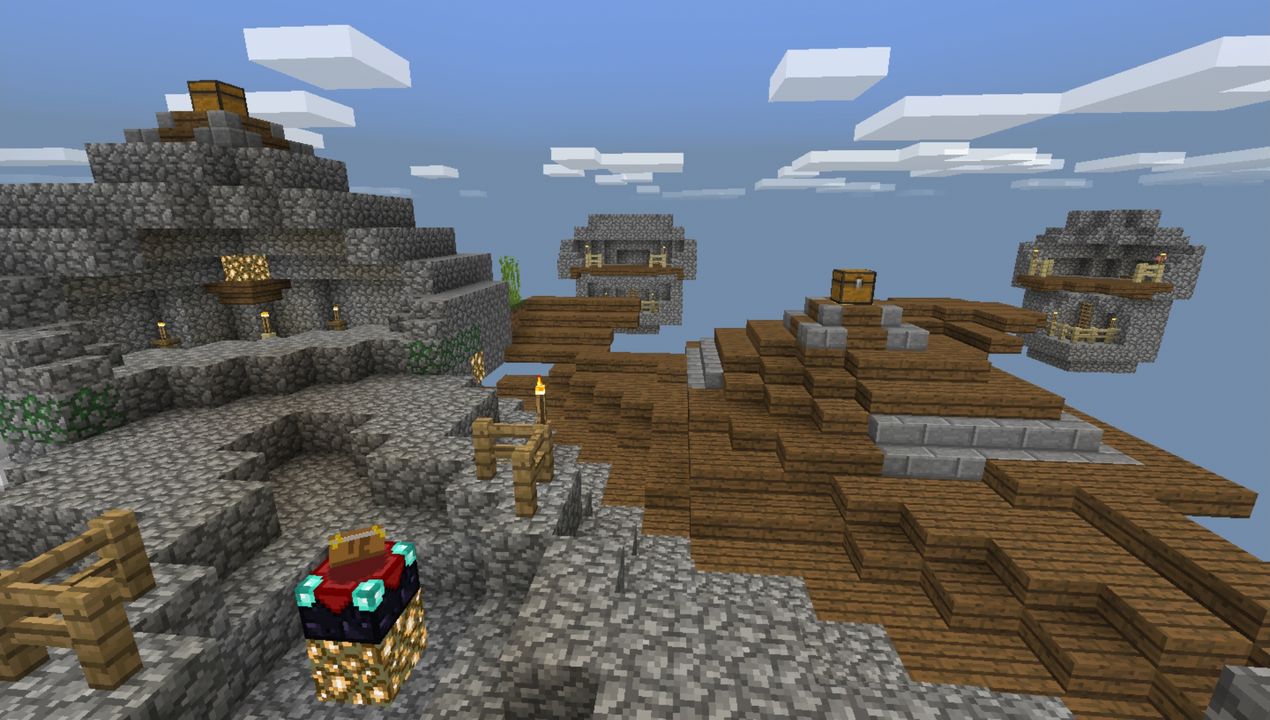